Monster Transmission is once again honored to be awarded the prestigious Inc 5000 Award! The Inc 5000 list is a ranking of the fastest growing privately owned and independent companies in the US. Companies that receive the award are considered to be the best run, most innovative, and most inspiring.

This coveted award is determined by calculating the percentage of revenue growth over a period of four years. Other recipients of the award include Zappos, Microsoft, Timberland, Under Armour, GoPro, Timberland, and Clif Bar.  Monster Transmission is proud to share this esteemed honor with such well known and successful companies.

In 2012, Monster Transmission was one of the 50 fastest growing companies in the entire state of Florida. They were delighted to join amongst this ranking of Inc 500/5000 in 2013 and again in 2015 on a national level. 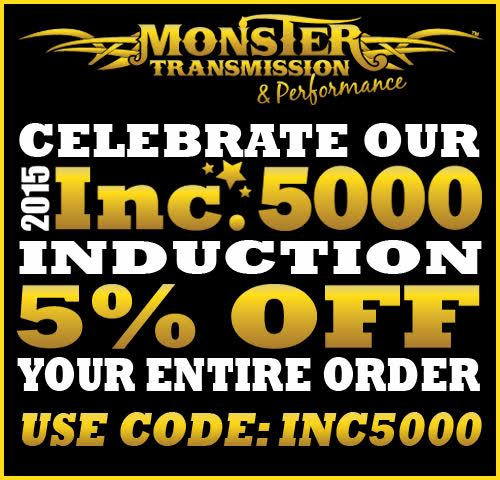